Pasta con le Sarde  could be the most Sicilian dish ever created. Wonderful during the holidays or any night of the week.

The food that we have come to know as Italian in the States has its roots in Sicilian soil. These flavors originated in the vast fields of durum wheat that Sicily used to produce Italy’s first dried pasta. The flavors can be found in the juicy and sweet red tomatoes of the coastline south of Syracuse, and in the olives and olive oil from the sun-baked hills found around the splendid island.

If there is one recipe that sums up all of Sicily for me, it has to be pasta with wild fennel and sardines. Pasta con le sarde (pasta with sardines) is a dish so subtle, mysterious and harmonious.

The soft texture and salty flavor of the Mediterranean sardines against the slightly bitter and musty taste of wild green fennel from the Sicilian mountains. There is also the addition of sweet dried grapes , pine nuts from the forests, a little saffron (a touch of Moorish Spain), all combined with fine Sicilian olive oil. Other Sicilian recipes I love are the Sicilian Fennel and Orange Salad and the Sicilian Savoiardi Cookies 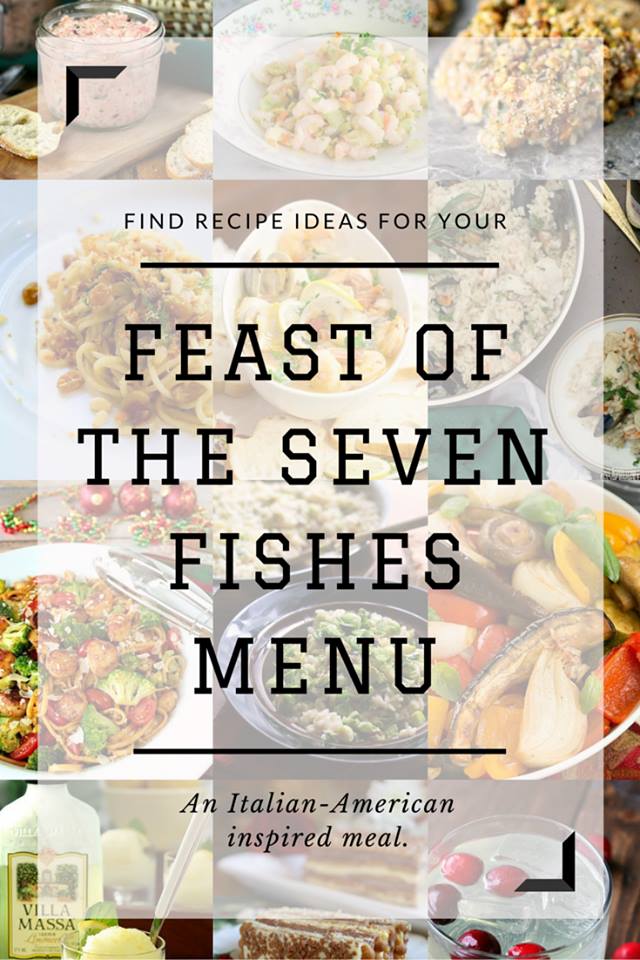 Feast of the Seven Fishes Menu for Christmas Eve

Brought to America from Southern Italy where it is all now but forgotten, the Feast of the Seven Fishes is a meal eaten by Italian-Americans that features (at least) seven fish/seafood dishes. Along with our hosts, myself, and Heather from All Roads Lead to the Kitchen, some bloggers have gotten together to share menu ideas for your Seven Fishes feast. Along with the traditional seven fish and seafood dishes, we’ve included some side dishes, a palate cleanser, a dessert, and a cocktail.

Where did the feast of the seven fishes originate?

The Feast of the Seven Fishes on Christmas Eve originates most likely in Sicily or even Naples. My family in Sicily and my in-laws that are Calabrian (but live most of the year in the Lombardy region) don’t make 7 actual courses of seafood. My one aunt in Sicily will have an antipasto (maybe calamari fritti)and a pasta dish with seafood. My Calabrian mother-in-law on Christmas Eve will usually make an appetizer with salmon, and a seafood pasta.

So it seems the tradition of seven fish dishes carried over with the immigrants and became more of an Italian-American feast. Why exactly the number of 7 fish dishes? The Catholics fast on Christmas Eve and don’t eat meat. They break the fast on this special cena della vigilia (Christmas Eve dinner) with fish.

Why the number seven for the feast of seven fishes?

There are many theories:

Some Italian families do go all out and make 13 different fish dishes. Twelve of those dishes are representative of the apostles and the last one is for Jesus. 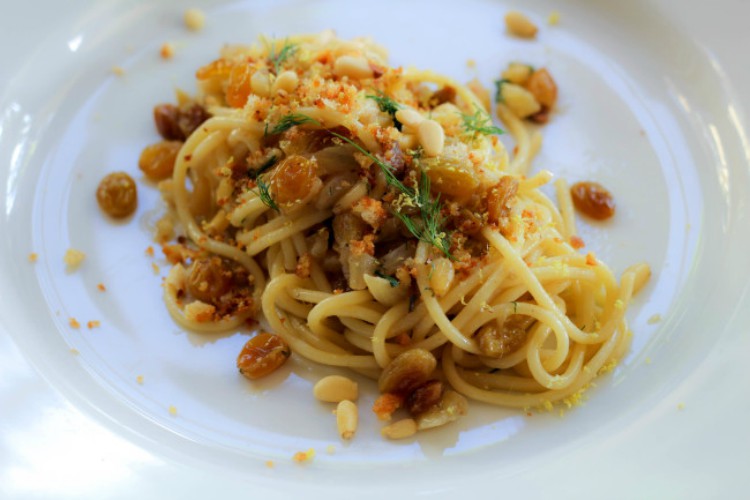 This is a pasta my father used to make and it reminds me of him. It will be my final addition to my #ProjectSicilia. I will attempt next year to be more active in sharing a Sicilian recipe every month. I’m sharing it for my personal record and for my kids to one day look back on and feel connected somehow through a recipe with their Nonno Rosario and their ancestors from the most splendid island in the world: Sicilia.

What seafood do you eat on the feast of the seven fishes?

In my family this is what we enjoy:

There are so many dishes and variations, but my mom and dad used to make an appetizer of stuffed clams,  also some fried calamari and a mountain of pasta with mixed seafood. One of my best food memories of my parents collaborating in the kitchen was for this festive and delectable evening.

Do you make pasta con le sarde with tomatoes or without?

It depends! I learned that cookbook author Pino Correnti argues that the tomato-less recipe published in 1886 by the folklorist Giuseppe Pitrè is the only authentic version. In my Sicilian family, it has always been made without tomatoes. Now if we were lucky enough to be in Sicily, it would be no problem to find wild fennel as it grows all over the island. If you can’t get a hold of wild fennel, use the tops of the fennel bulb and the fennel.

Pasta con le sarde is typically made with olive oil, onions, pasta and a mixture of sardines and anchovy. I used spaghetti in this recipe, but you could also use bucatini. Fresh pasta would be ideal, as the sauce just sticks better to the pasta. You flavor the dish up with wild fennel, pine nuts and raisins. It is very nice to add a touch of saffron (optional if you don’t have it available). I like to add a splash of white wine and lemon zest to the sauce. And I top it off with the nice crunch of my own bread crumbs (it is so easy to grind and toast your own bread crumbs and adds a much better texture than canned bread crumbs, but use store bought bread crumbs if you don’t have your own

How do you make homemade breadcrumbs? 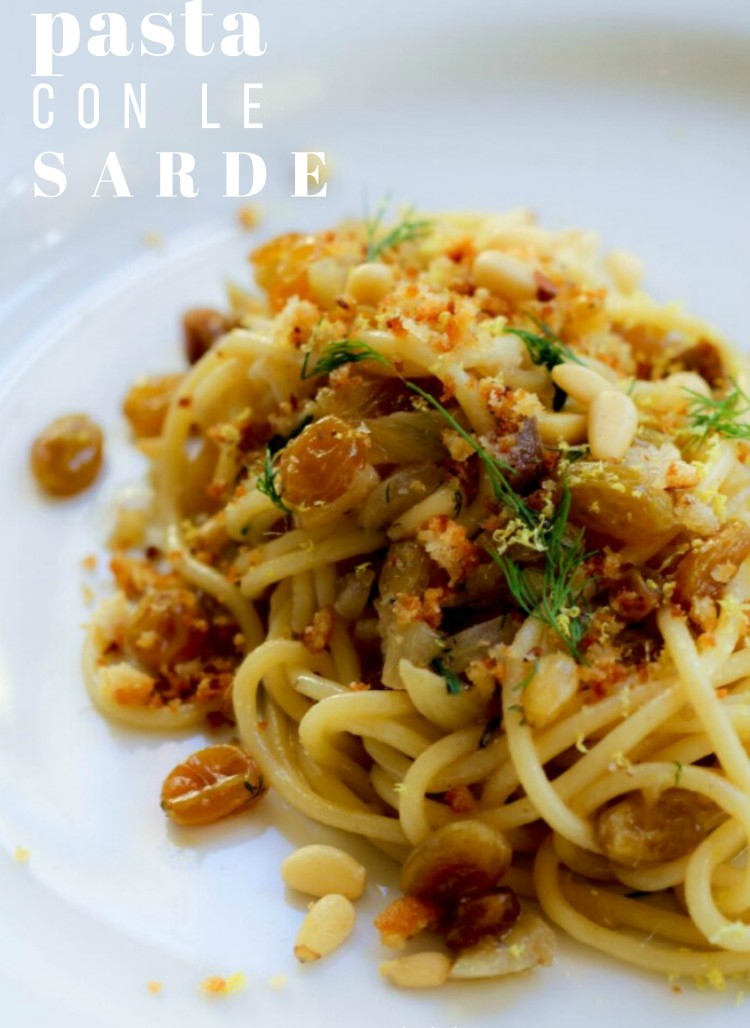 Pin it to your ITALIAN FOOD, DINNER,  or PASTA Board to SAVE for later!

Vintage Savoring Recipes-This delicious Pasta con le Sarde is from the SI archives, first published in 2015 and all part of a series called Vintage Savoring Recipes. I will be showing some TLC to some amazing recipes you may have missed on the blog.  Most of these recipes will have fresh photos and fresher notes. 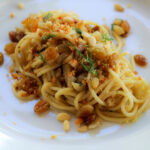 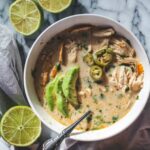 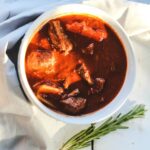 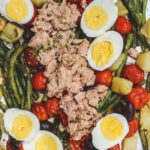 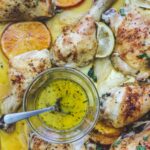