This traditional Italian potato and onion soup recipe is simple to prepare and really hearty! Completely vegan (no dairy at all)and it could be Whole30 + Paleo friendly (simply leave out the toasts!). Want it gluten-free? Use gluten-free bread to make the vegan cheese toasts.

There are various versions of Italian onion soup. Just like with many Italian recipes, it will vary from region to region (and even from town to town). This particular Italian onion soup is based off the Calabrian version (they call it licurdia Calabrese). 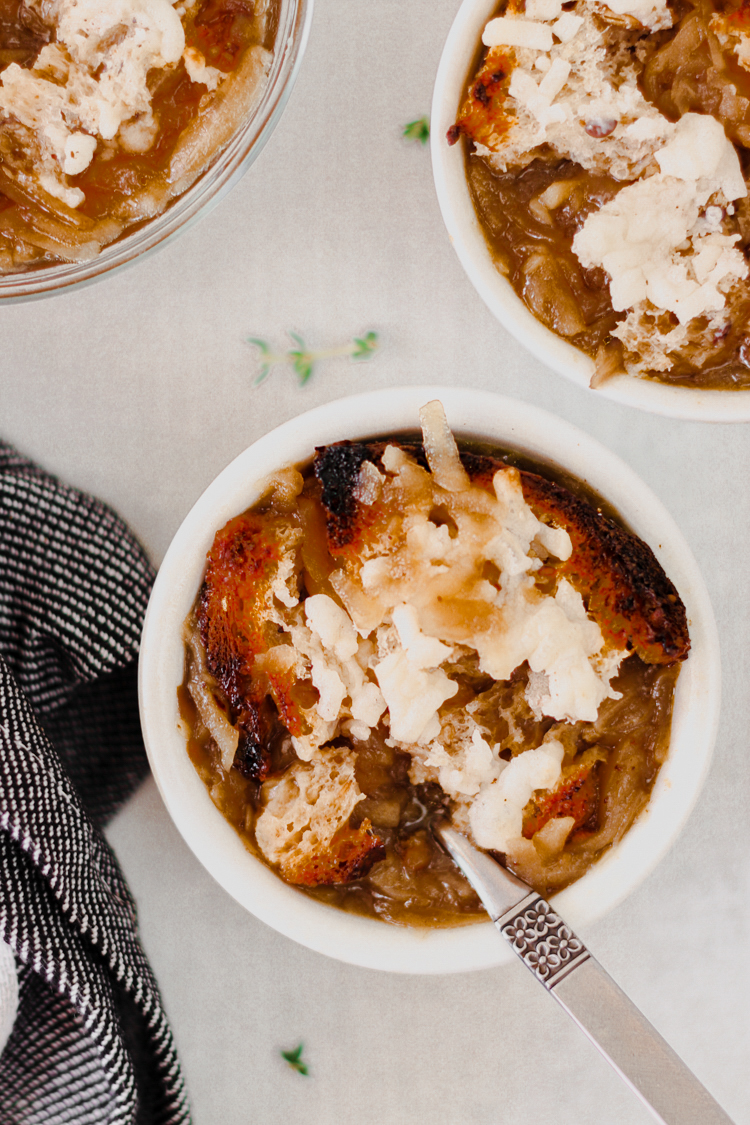 What type of alcohol is in a French onion soup?

What is a Tuscan onion soup?

There is an onion soup in Tuscany called carabaccia (that you pronounce kar-a-ba-cha)and it dates all the way to the Renaissance days. There are some stories that say French onion soup was brought over from Italy. It is said Catherine de’ Medici that brought the soup to Paris (when she married King Henry II). 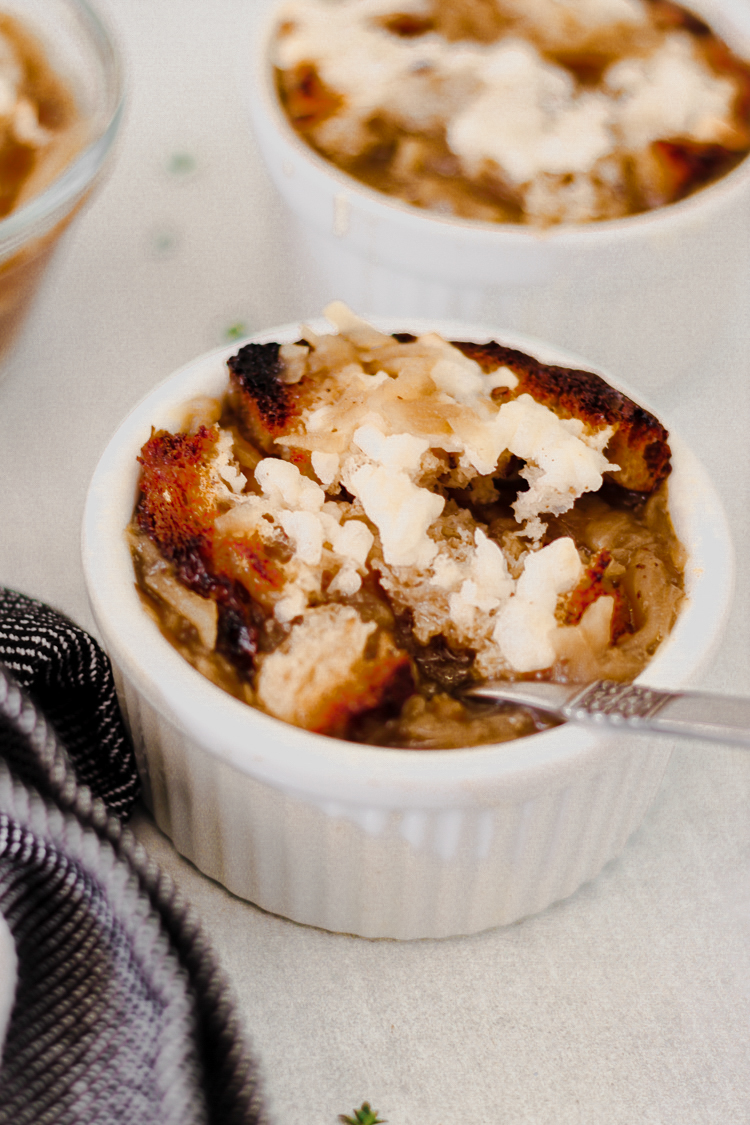 What is distinct about a Calabrian onion soup?

A Calabrian onion soup is made with Tropea onions. I have had Tropea onions the times that I visit Calabria with my in-laws. It is the only onion my mother-in-law cooks with while she’s there. It’s also found at most markets all over Italy. So they’re really easy to get in Italy.

What ingredients are in an Italian onion soup?

Here is all you need to make this delicious soup: (full printable recipe below!)

How to make an onion soup

Gather together all the ingredients. I didn’t get a photo of the toasted bread pieces with the melted vegan cheese on top. 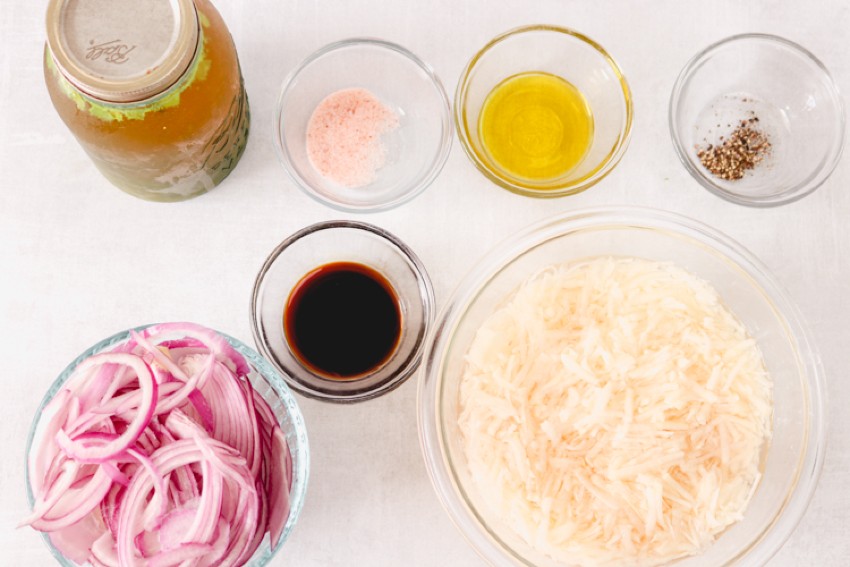 First step to make the soup is to start cooking up the onions in olive oil. 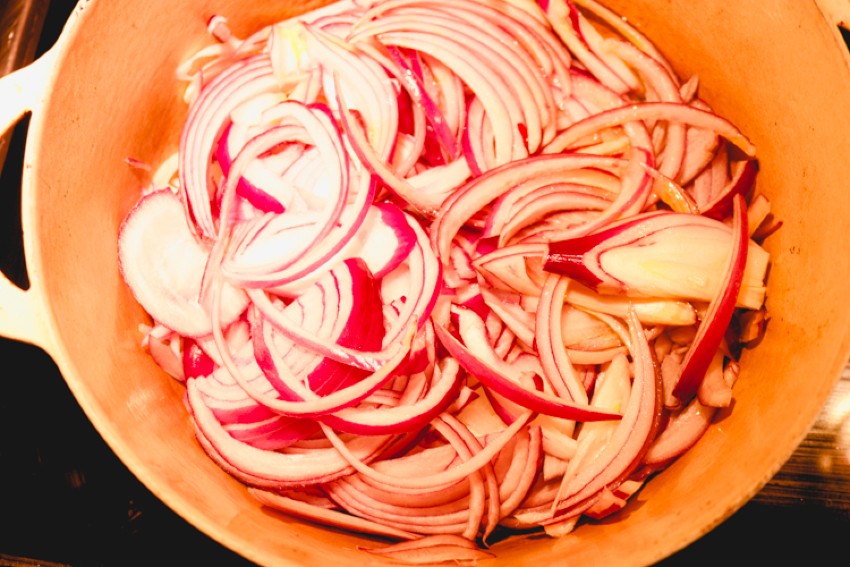 Once the onions are caramelized a bit, add in the grated potato and cook it together with the onions. When the potatoes start to soften, add in the broth and stir it all together. Let it simmer.

Season it and add in the bay leaf. Let it simmer until potatoes softened. Add more broth or water if it’s getting too thick. 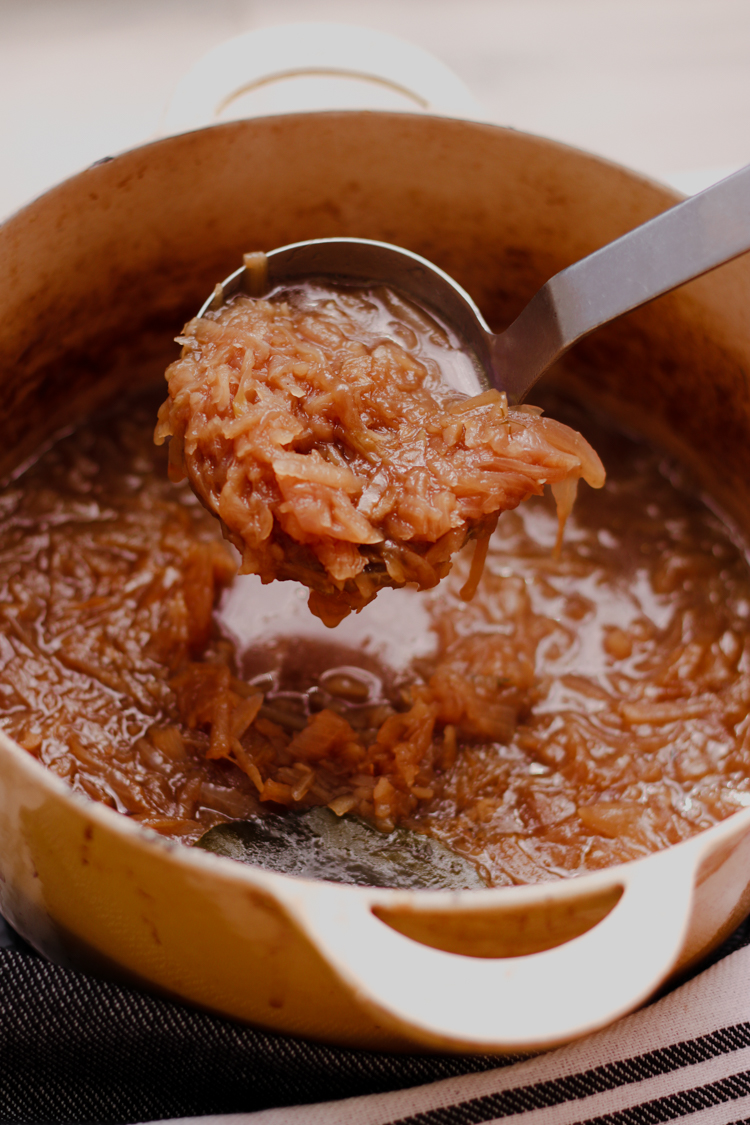 Final step, when the soup is ready to serve, you could toast up the bread slices and melt the vegan cheese on top (if you’re not vegan/dairy-free, use a cacciocavallo, provolone or a scamorza). 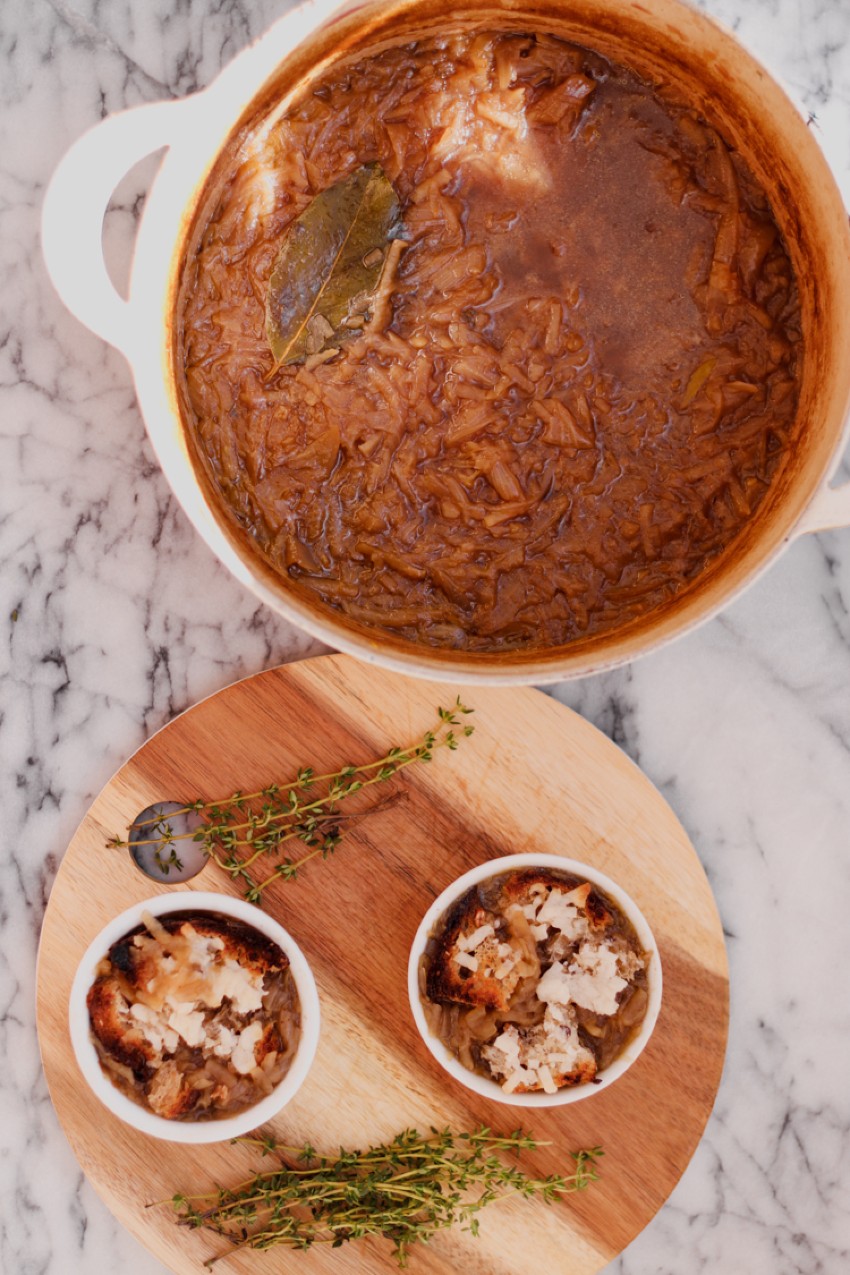 Can I make this soup with cheese?

Since this is a vegan recipe, we used vegan cheese to melt on the toasts. The traditional Calabrian version is made with caciocavallo from Sila. Not that easy to find in the States, but you could use a different type of caciocavallo, or even provolone.

Can I make this soup without bread?

Yes, you can! The soup is absolutely delicious on its own.

Can I make this soup with sweet onions?

Yes, it’s not that easy to find Tropea onions in the States, so go ahead and use sweet onions. Or even Vidalia onions.

Is this a tomato based Calabrian onion soup?

This particular version of the Calabrian onion soup is made without tomatoes, but I have come across recipes where it is made with tomatoes.

What is special about a Calabrian Tropea onion?

The Tropea onion is from the actual town Tropea on the Western side of Calabria. And since it grows in clay soil, it has a very special and sweet flavor.

Should you visit Tropea?

Besides having incredible onions and silver fish, it is definitely worth a visit! We visited some years back with the kids and it is truly one of the most beautiful places in Italy. Not surprising that Tropea was named the “most beautiful village in Italy” in 2021.

The actual old part of the village of Tropea is built on a cliff overlooking the Costa Tirrenica. The medieval center of the town is sort of like a movie. Every corner is filled with stunning churches and palaces.

How to store an onion soup?

Once it’s cooled down completely, store in airtight container. Enjoy for up to 4 days.

How long does this onion soup stay fresh?

This soup keeps in the refrigerator for up to 5 days in an airtight container.

Can I freeze the soup?

Yes, once the soup cools down, store it in an a freezer safe storage container. It could stay frozen for up to 2-3 months. Defrost overnight in the refrigerator and slowly heat up in a sauce pan. Simply toast up the bread slices and melt the cheese the day you’re enjoying it.

Some other soups to enjoy:

Easy Italian Pastina Soup
Just a quick request: if you enjoyed this vegan Italian onion soup as much as we did, would you kindly leave me a 5-star rating and a short (or long!)comment–the ratings are what helps get my recipes and hard work discovered, so I can keep leaving you more delish recipes!

Your comments mean the world to me….and I really SMILE when I read them. Thank you so much! XX 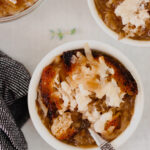 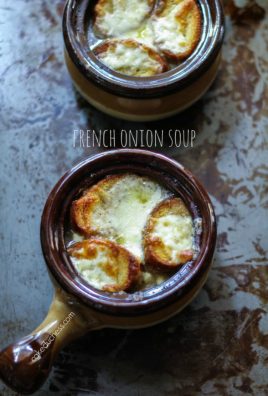 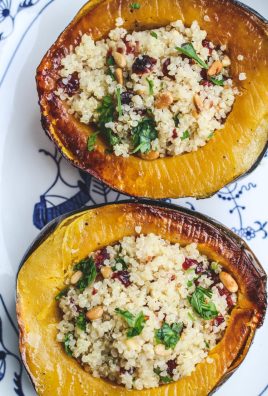 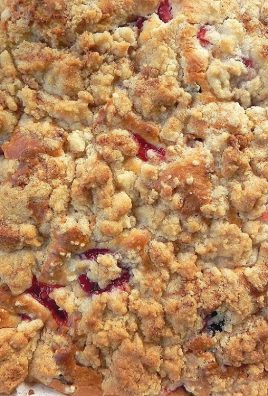 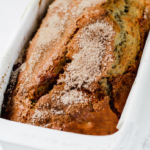 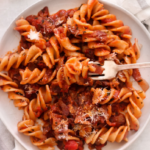