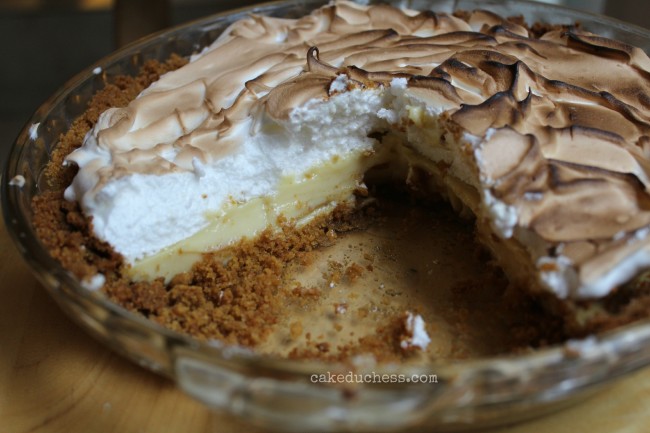 How could it be that something so simple could create wreak such havoc in my house? This dessert. This super simple dessert is the cause of many arguments. A key lime pie with meringue topping is probably the dessert I get asked to make most in my house. At least it is this past year.

And there is really not much to making it. The kids hover around the kitchen when I’m slicing it monitoring where each slice is going and to ensure each slice is perfectly equal in proportion. 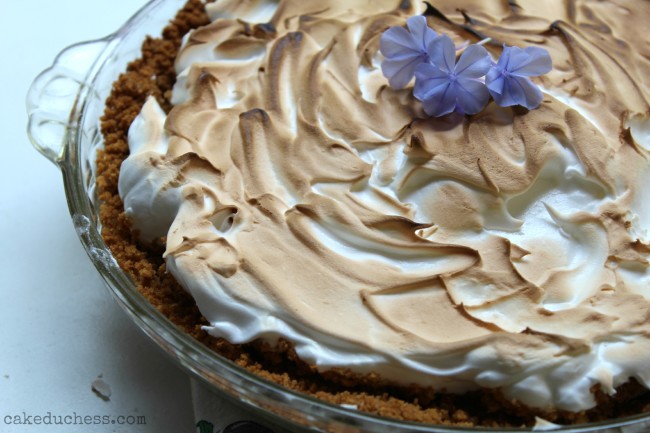 They open the fridge to check on the pie periodically throughout the day. Hey! Who took another sliver? It’s missing another slice…who ate it?

Silly pie arguments. Do they happen in your house?

I use Nellie and Joe’s Key West Lime Juice. If you can’t find it, you could use regular lime juice. I find it at our Publix supermarket. I know, I know. I could squeeze Key limes and use the juice for the recipe but that would entail adding additional prep time to this recipe. That wouldn’t work in my house.  If you have the patience to squeeze your own Key limes, by all means do it. I know I had a conversation with a friend of mine (if she’s reading this, ‘HI”)and she told me she would never buy the juice when you could just squeeze the limes. And then there’s me who would never buy a ready made graham cracker crust when you could just make your own in time. So really, it’s all what you prefer. Whatever works for you and makes you happy. It’s your pie! 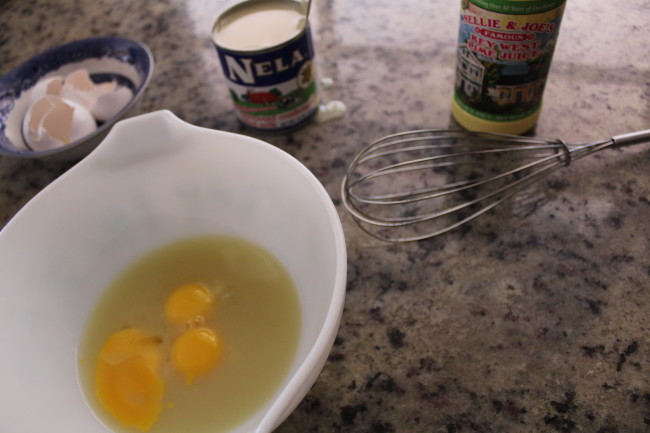 Once you have your crust baked, it’s just a matter of a very quick assembly. (On Monday I shared the olive oil pie crust I make. If you prefer to use a ready-made crust, that’s fine). 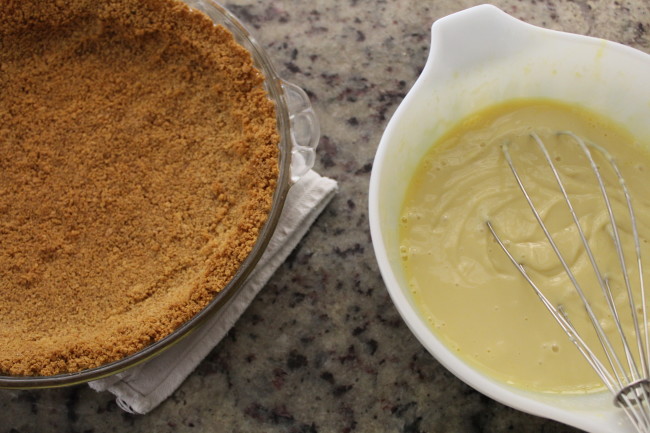 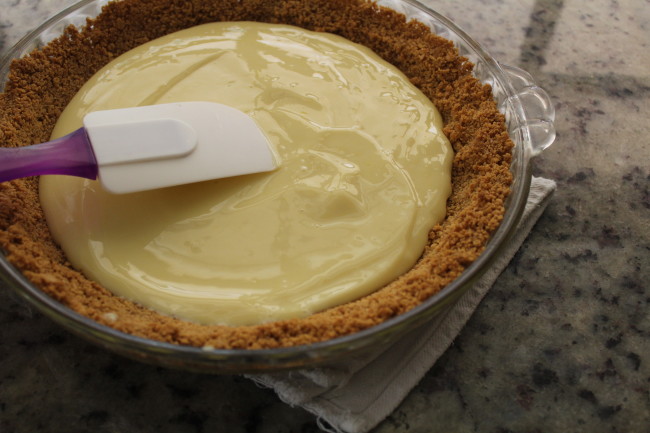 Oh! I forgot to mention that the longest prep part of the pie is making the meringue topping. How did I forget to mention the most wonderful part of this pie! Or is the filling the best part? Could the graham cracker crust beat both of those parts of the pie? Depends on who you are asking… 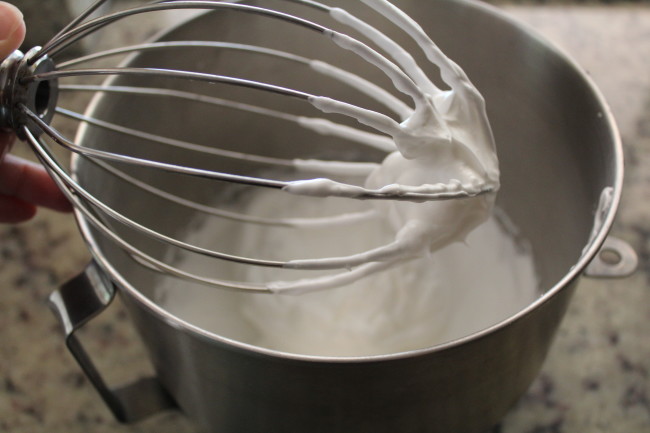 In my opinion, it is the meringue topping that makes my heart skip a beat in delight. 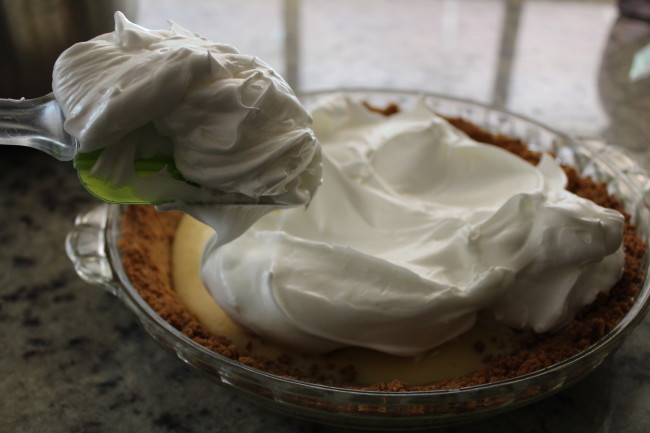 Or it could be the perfect tart filling? No…It’s the can’t stop sneaking bites simple graham cracker crust. My kids still don’t know it’s made with olive oil.

But then again, I may not be the guilty family member sneaking an extra sliver but I have been known to spoon up a nice tasting of those graham cracker crumbs-oh, yeah! 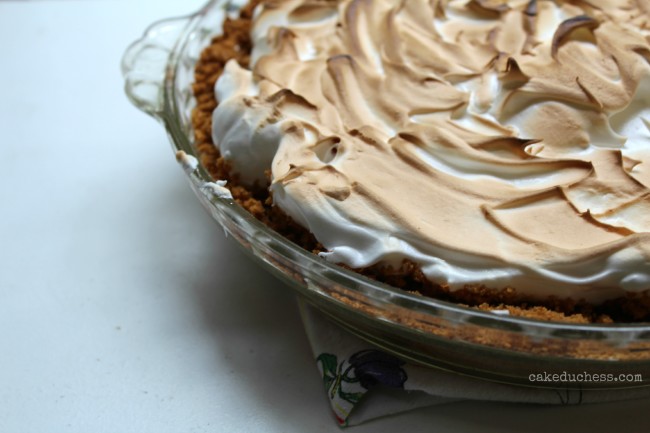 If you are looking for a go-to summer dessert…this could be all you need. If you are looking for something a little tart with an incredible crust…this is your pie! If you love the ease of having your pie set in the fridge while you do something else…this is your pie! If you make just one pie this summer, have it be the one that my kids argue over who gets the last slice-make this key lime pie and don’t forget the meringue topping. If you prefer to toss your egg whites and not deal with making a meringue topping, a whipped cream topping is also really nice! The crust does not create a perfect slice each time you cut into it. In fact, it’s quite the messy cookie type crust. Nobody has ever complained here and as I mentioned before, there is no comparison in flavor with a ready-made crust.
Key Lime Pie with Meringue Topping
by Savoring Italy
Prep Time: 13 minutes
Cook Time: about 20 minutes
Ingredients (8 servings)

Instructions
In a small bowl combine milk, egg yolks and lime juice; whisk until smooth. If you are using your own homemade pie crust, bake the crust before adding the filling for about 7 minutes.
Pour filling into prebaked pie crust and bake at 350º for 10 minutes.
While baking, make meringue topping. In the bowl of a mixer, add the egg whites, vanilla and cream of tartar. Beat the egg whites on medium speed until soft peaks form.
Add the sugar, 1 tablespoon at a time, while beating on high speed. Continue beating on high speed until the sugar dissolves and stiff, glossy peaks form. When you lift the beaters, the tips will stand straight up.
Spread the meringue over the pie and bake at 350º for about 5-8 minutes. Keep an eye on the meringue so it doesn’t burn. (I sometimes broil the topping. If you choose to broil, it won’t take more than 3-4 minutes and you have to carefully watch it because it could be perfect one minute and burned the next).
Cool pie completely on rack (filling will set as it cools), then chill, covered, at least 8 hours.
1shares 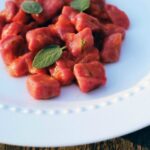 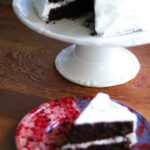