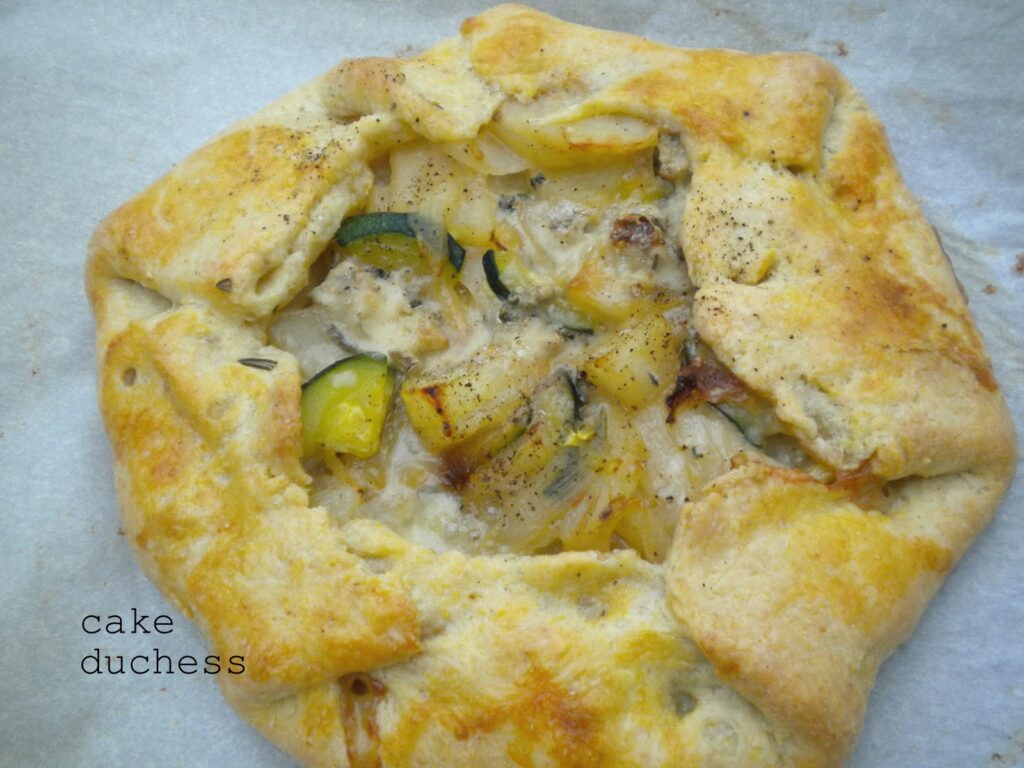 “Narcissus was the son of Cephissus, the river god, and the nymph Leiriope. By the time he was sixteen everyone recognized his ravishing beauty, but he scorned all lovers – of both sexes – because of his pride. The nymph Echo was hopelessly in love but she was hindered by her inability to initiate a conversation. Eventually Narcissus rejected her. She wasted away in her grief to a mere voice. A young man, similarly spurned, prayed that he would love himself unremittingly. The goddess Nemesis answered this prayer by arranging that Narcissus would stop to drink at a spring on the heights of Mount Helicon. As he looked in the water he saw his own reflection and instantly fell in love with the image. He could not embrace his reflection in the pool. Unable to tear himself away he remained until he died of starvation. But no body remained – in its place was a flower. ” (Ovid)

Narcissistic. Narcissism.  When you try this Baking with Julia galette recipe, you will be as the poor ol’ sap Narcissus when he fell in love with his own beauty. The neighbors will be asking, “Who’s that crazy chick/dude walking around with a galette?!?” It’s you! You will be walking around the neighborhood with your piping hot galette. You will be offering it to all your neighbors and any other random person you encounter jogging by. You will announce it on Facebook to all your high school friends and cousins, “I made a Julia Child/Dorie Greenspan recipe and it rocked!” I am not kidding. It’s what I did!
I made the galette dough and filled it with some of my favorites: potatoes, onions, zucchini, and gorgonzola. You can substitute the gorgonzola for any other cheese. I happened to have some and have been waiting for an idea like this to hit me to use it in.
The caramelized onions are sweet and go so well with the potatoes and zucchini. The gorgonzola adds just the right amount of saltiness. The gorgonzola could  overpower the recipe, but it doesn’t  because you only use a small amount.
Now if you have carpal tunnel syndrome from tweeting and texting all day, you may have a problem with making this dough by hand. Just deal with the pain, and make it the way Julia Child used to.
Here is how you make the dough. (I doubled the recipe and impressed some people that came over for pizza last night and also made my Savory Galette for them. Sometimes I show off like that.)The extra dough will keep in the refrigerator for a few days.

Galette Dough
From Baking with Julia by Dorie Greenspan


Stir flour and cornmeal together.  Cut in butter with your fingertips until butter is in pea-sized lumps.  Stir ice water and sour cream together in a small bowl, then add to flour mixture.  Mix together with a fork until mixture holds together and form into a ball.  Put ball on a piece of plastic wrap, loosely gather plastic wrap around it and twist, then press dough into a disc. Refrigerate for one hour before rolling out.  Roll out on a floured surface till dough is about 1/8″ thick.  Fold into quarters and transfer to baking sheet.  Unfold and fill. You could also make the dough by pulsing in a food processor.

Remove the dough, divide it in half (for 1-2 servings, or wrap it as one for 3-4 servings). I did double the recipe and made another one the next day. Squish the ball down flat and wrap it in plastic and chill for at least 2 hours. You could also work with the dough the next day as I did and it will be great.

Heat the olive oil in a medium satue’ pan over medium-high heat. Add the onion and cook until soft and lightly colored (about 10 minutes). Be sure to stir the onions occasionally. Add the sliced potatoes, zucchini, and rosemary (or thyme), salt, and some crushed pepper. Cook for about another 7 minutes. Remove from the heat onto a plate and let the filling cool before assembling it in the galette.

Preheat your oven to 400 F. Combine the cooled filling ingredients with the gorgonzola crumbles in a bowl. Mound the filling in the center of the galette, and leave a 1 1/2 inch border around the edge. Fold the  border around the filling and make cute pleats. Leave the center open. Drizzle a tablespoon of olive oil on the top and sprinkle with a little salt and pepper. Brush the pleated dough with the beaten egg.

Bake it for about 40-50 minutes until it is golden brown. The bottom crush should be a nice golden color. Enjoy!

UH….YUM! The gorgonzola, the rosemary..Love it. Fabulous recipe. Keep it up 😉

Thank you Shea!It was truly amazing!:) Thanks for visiting my blog!
Lora

This sounds so delicious! I get boxed into sweet treats and forget about the savory realm. This is so not a recipe I'll want to miss 🙂

Yum! I could see how this galette would quickly turn into an obsession, which means there's really only one way to deal with it… gobble the whole thing down as soon as it comes out of the oven! 🙂

Mmmm, I love the addition of gorgonzola!

i like this kinda recipes, tasty , easy , include potatos,and a kinda cheese:)

So pretty…I love rustic tarts. The flavors in this are wonderful, especially the gorgonzola! Yum!

This looks delicious.. a perfect Fall meal.. I would totally walk down the street with this in hand!

Great post, and I can't wait to make this! Anything with cheese and caramelized onions, I am sold!

I'll hold off and make this for dinner. If I prepare it for lunch, I'll eat the whole thing!

Ha! Yes after a day on twitter my right hand is numb but making this will bring everything back to life. I told you on twitter (he he) that this is just what I want to make and eat! I love the zucchini-gorgonzola pairing and caramelized onions just make everything taste better. This is on my to-make list!

This is my kind of galette. I love the sweet ones, but I'm a huge onion and zucchini person and to wrap it all in pastry hits me right in the heart. Thanks for sharing this!

I would love to make this recipe but I'm unsure about the amount of zucchini to use. I don't see it listed in the ingredients list and I'd hate to make a wrong guess on something like this.
It looks so very good!

How did I miss this? Definitely my cup of tea! I have savory tooth, Lora!

Two questions: 1) self rising or plain cornmeal?
2)Did you use all purpose flour or a different kind? 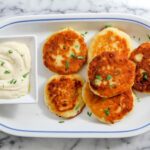 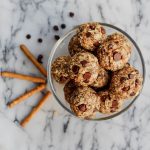 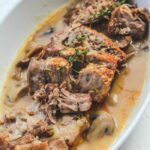 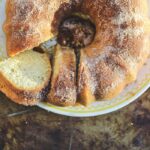