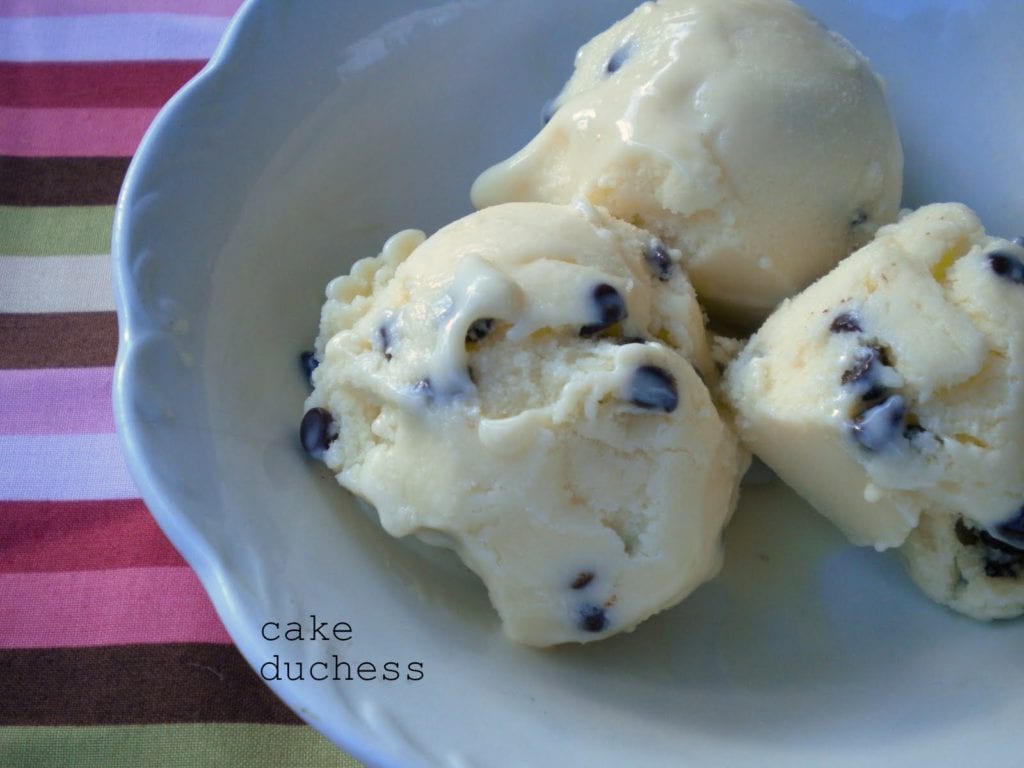 There is ice-cream and there is gelato. Italy is famous for its incredible gelato. I think every Italian city must have the best gelateria in their town. My neighbor’s uncle has the best gelateria in Bologna: Gelateria delle Moline.  It is so good that when my neighbor’s parents go to Bologna every year, they bring back gelato in big styrofoam containers. The children come over to announce to us that their Zio Benito’s gelato has arrived and that we will soon get a sample. It is an event. We watch our neighbors carefully open the styrofoam containers and marvel at how the gelato looks as good as it would if were eating it at Zio Benito’s place (well, almost as good!).
I have finally found a way to have the best gelato here in the states…make my own! I am the new proud owner of a Cuisinart Ice-Cream maker! It was the best gift I received recently for my birthday. It is the gift that will keep giving because I am now making gelato for everyone! This recipe is my sweet husband’s (the perks of being married to a chef).

What does Stracciatella mean, you may wonder? “Stracciare” means to shred or tear. The word “stracciata” would mean shredded or torn, which leads us to the word: “stracciatella.” The chocolate chips are the part that is “stracciata”, or torn.

1 liter whole milk  (1 quart whole milk)
220 grams sugar  (about 1/2 lb granulated sugar)
14 egg yolks
2 teaspoons vanilla
1 cup semi-sweet chocolate chips
1) Bring the milk to a boil in a medium saucepan.
2) While the milk is coming to a boil, whip the eggs with the sugar and vanilla.
3) When the milk has come to a rapid boil, remove from the heat and strain the milk into the whipped egg mixture. Whip it together very fast.
4) Add the egg/milk mixture back to the medium saucepan and boil the mixture and stir with a wooden spoon until it becomes dense. The way to test if it is ready is to take the wooden spoon you are using to stir and pull it out of the pan and flip over the wooden spoon. Blow on the back of the wooden spoon. It should make little waves (fa le piccole onde)with the cream mixture if it is done. If you over boil it, it will make little balls of cream.
5) Chill the mixture in a bowl that is placed in a bigger bowl of ice. When the cream mixture is chilled, it is ready to add to the ice-cream maker(follow the directions for your ice-cream maker). When the ice-cream is just about ready, add in the chocolate chips to the mixture (you just want it to be combined).
When we go to Italy in the summer, we have a frenetic schedule that is full of visits to my husband’s huge family scattered all over Italy. Some days we take a break and we go to have a pizza in Como and a gelato. 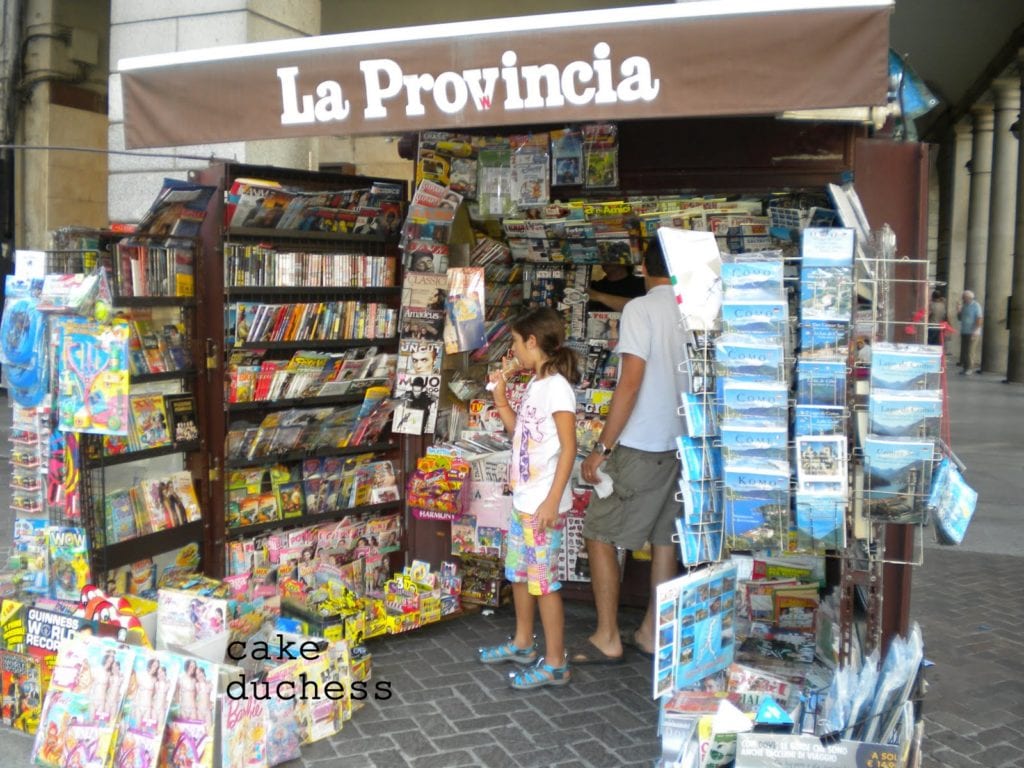 Italians know how to enjoy their lives and they take time to have a caffe’ with a friend or take the kids for a gelato. And they take really long lunch breaks. It’s all about the food and the caffe! This is a caffe’ in Como, summer 2010. 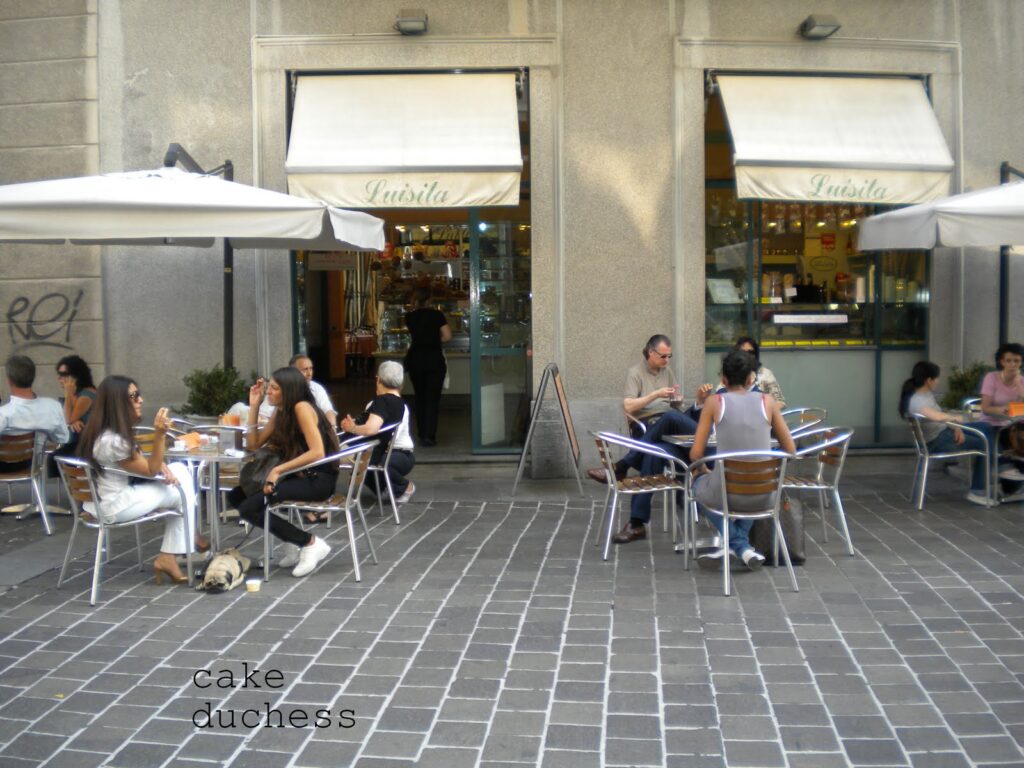 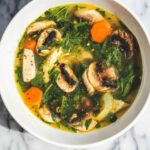 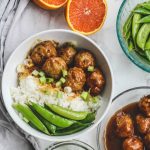 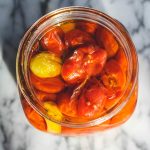 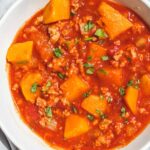