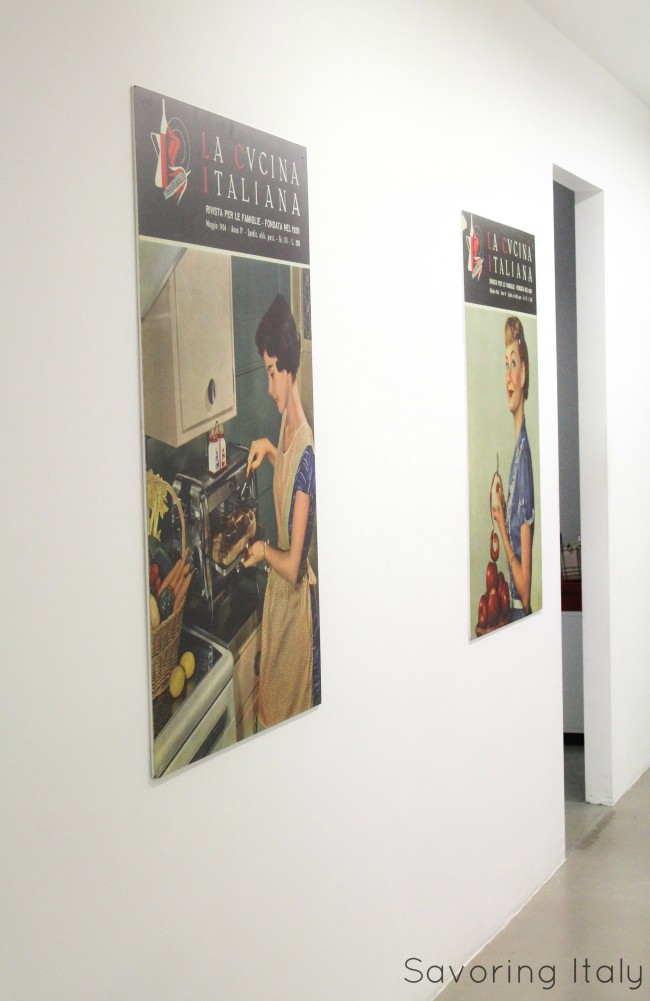 It was a hot and steamy morning in the Lombardy region of Italy. Even though my in-laws live close to the mountains, there are mornings where the cool air dissipates by 7AM. When the air is cooler, there are mornings I enjoy a coffee in silence on the balcony with my father-in-law. I take in the scene and early morning sounds surrounding me. This morning was a different morning than the others. We were rushing off to catch a train to Como with a final destination in Milano.
The train arrived punctually and we were really looking forward to spending the day in Milano with our daughter, and of course, showing her the behind-the-scenes of this iconic Italian magazine. Through a Twitter friendship started a few years back, I was invited by Anna Prandoni, the mythical editor of my favorite magazine.
I was saddened when I received the last issue of the English version of La Cucina Italiana magazine earlier this year. My only consolation was knowing I could at least take care of my La Cucina Italiana magazine fix on my summer visits to Italy. It has always been the first magazine I look for as soon as I see an edicola anywhere in Italy. 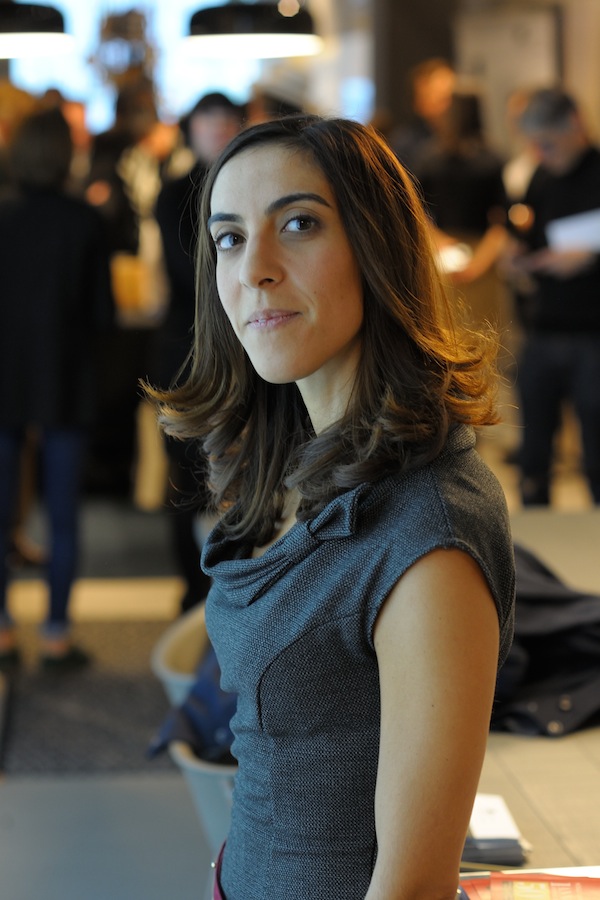 photo credit: I-Italy
Anna is a powerhouse of a woman. Humble and bursting with ideas and energy. As we walked around La Cucina Italiana HQ, she explained to my husband and I how she has been working for La Cucina Italiana for more than 10 years. Anna started out organizing the events of their cooking school. She then moved on to be the director of their cooking school and also the editorial coordinator for the lacucinaitaliana.it. La Cucina Italiana magazine entered Italian households in 1929. In 2013, Anna was promoted to be the editor of this mythical magazine. What did Anna choose for her first La Cucina Italiana cover? Un panino…yes, a sandwich! Anna has managed to find the way to balance the kitchen of her nonne with the trends that are happening today.
Anna loves Twitter probably as much as I do. She is a self-proclaimed twittermane. She even uses this social medium forum to share her recipes in 140 characters.

@Cucina_Italiana recently launched a new bread baking idea with the hashtag #BakingBread. I’m a bread baking addict and since 2012 have run a bread baking group named #TwelveLoaves.  I loved seeing this tweet: 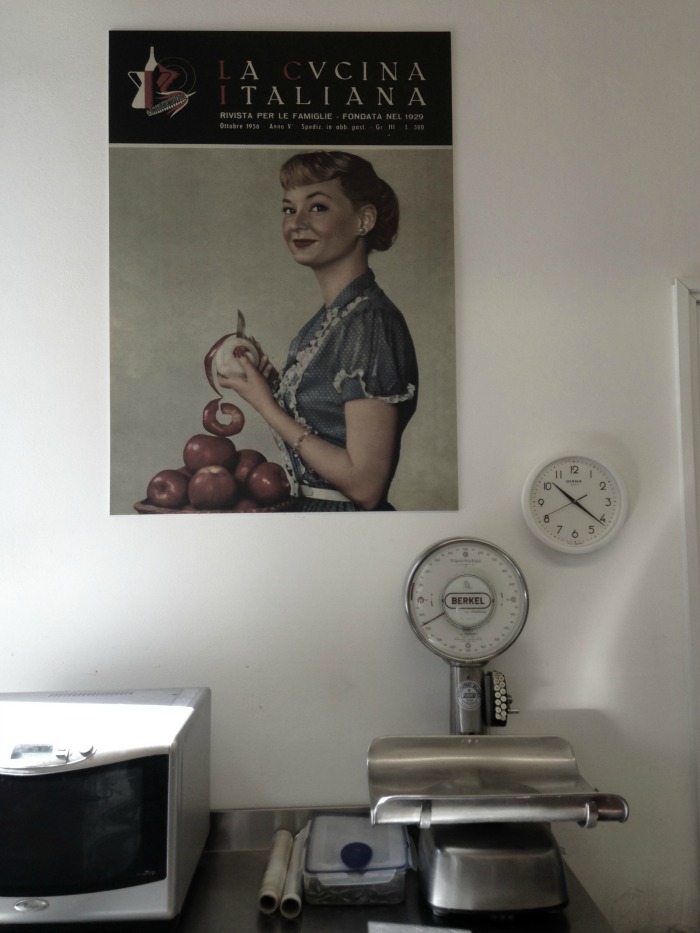 If you are planning an upcoming visit to Milano, you must check out La Cucina Italiana’s cooking school. They offer classes in English and have several classes in the morning and in the afternoon.in a range of topics, from pizza and focaccia to homemade pasta to favorites from Milan’s region of Lombardy to Italian sweets, with courses held in the school’s gorgeous stainless-steel kitchen. 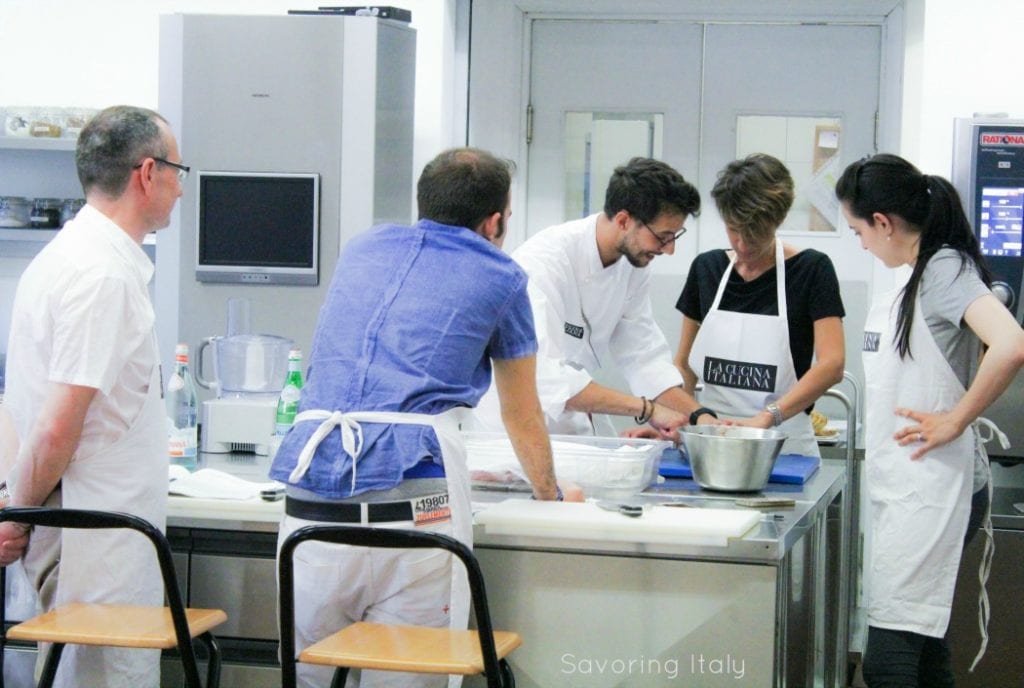 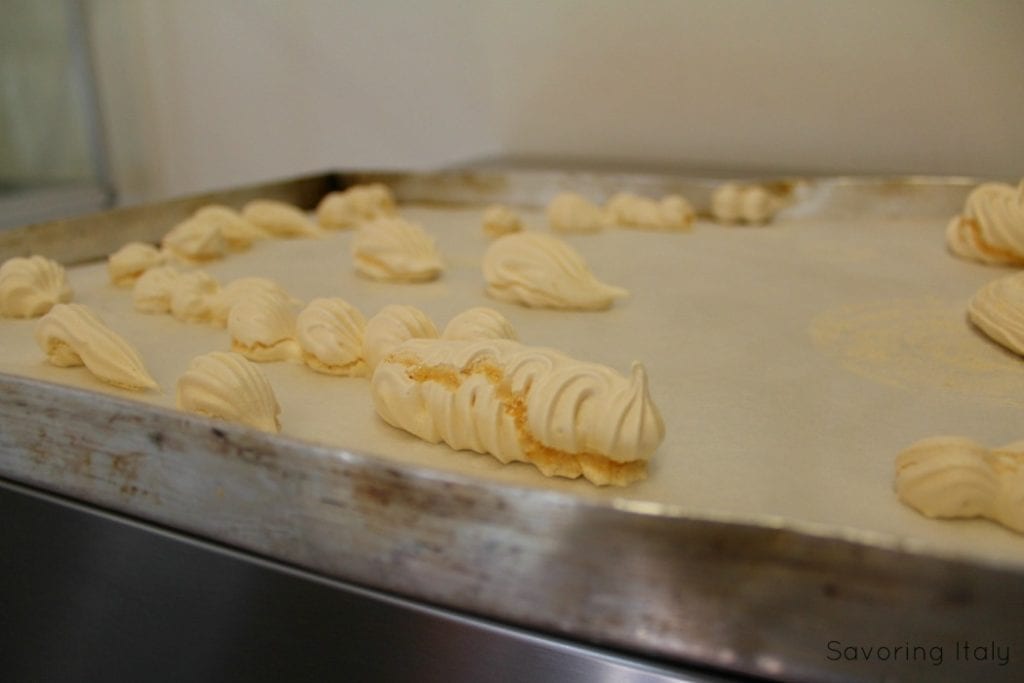 As we walked around talking with Anna, my daughter snapped all the photos. 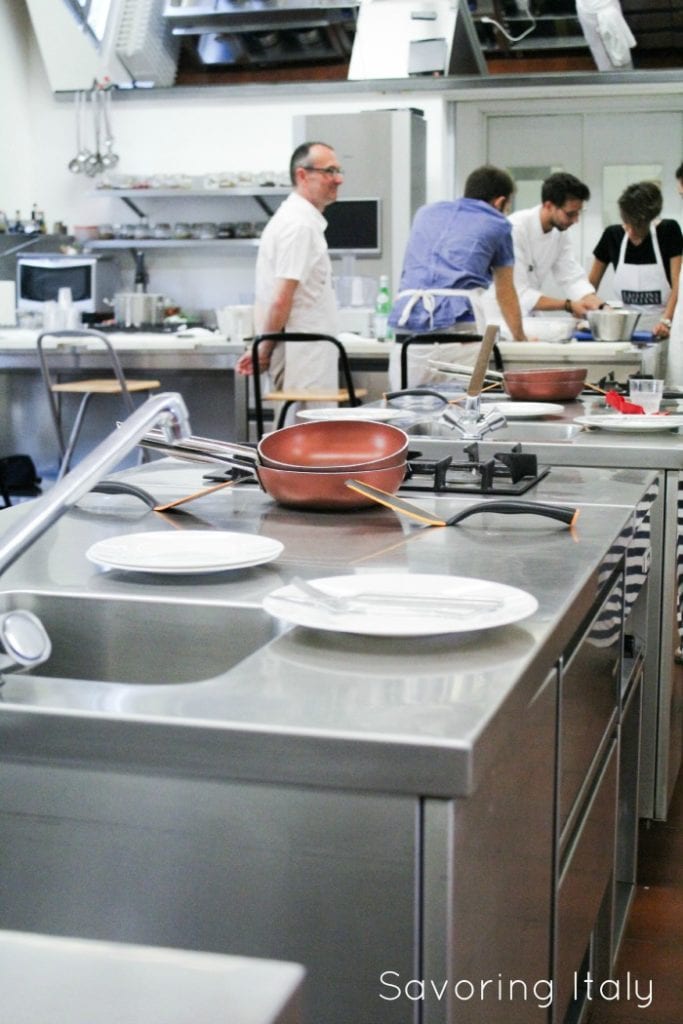 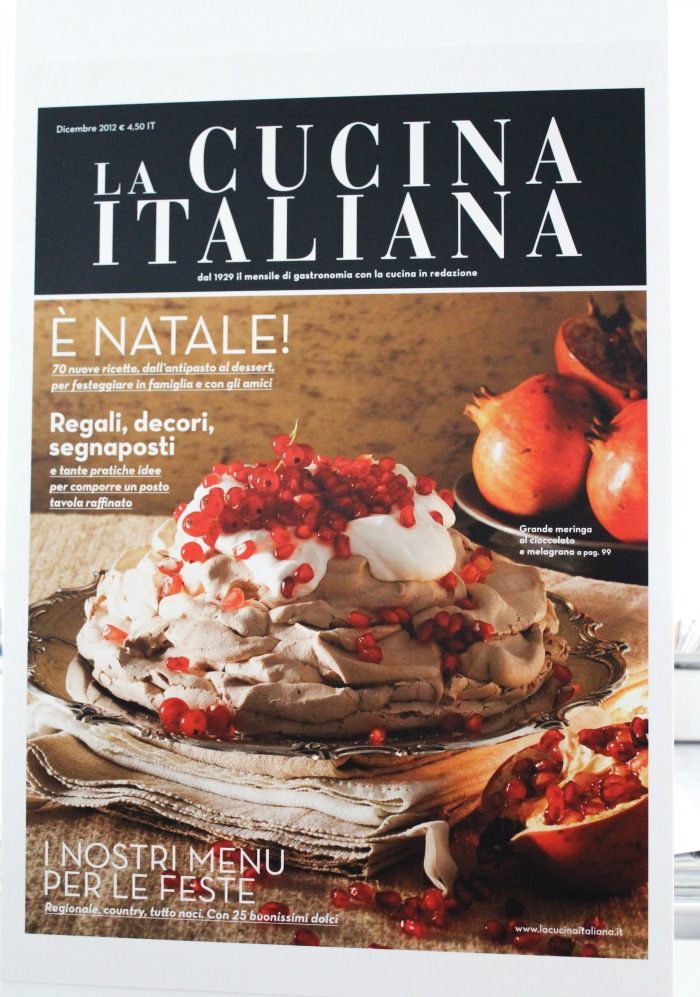 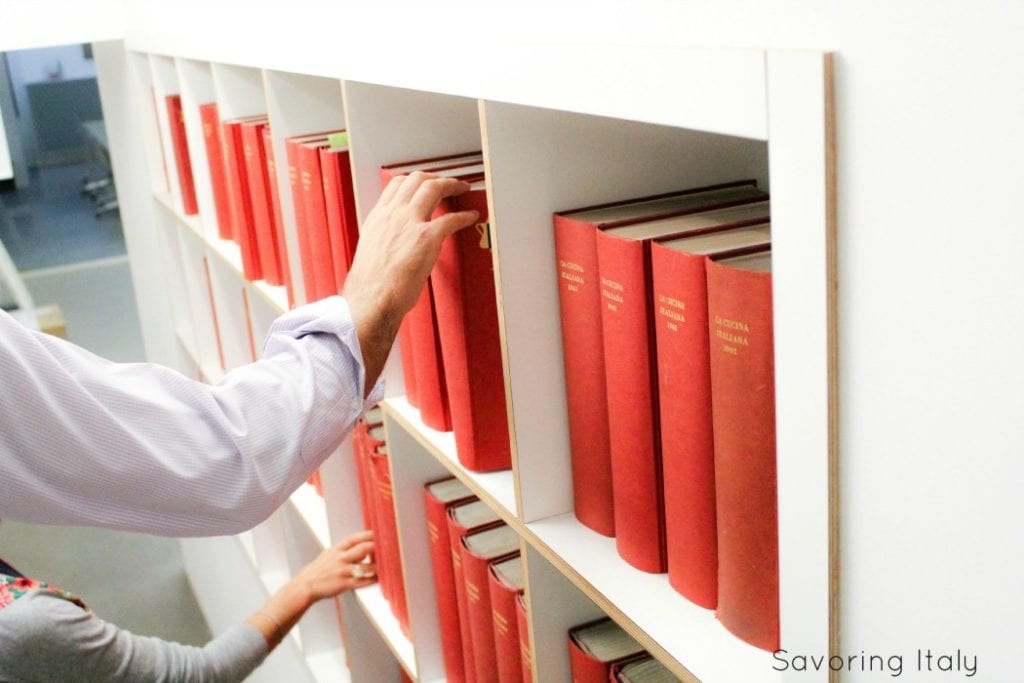 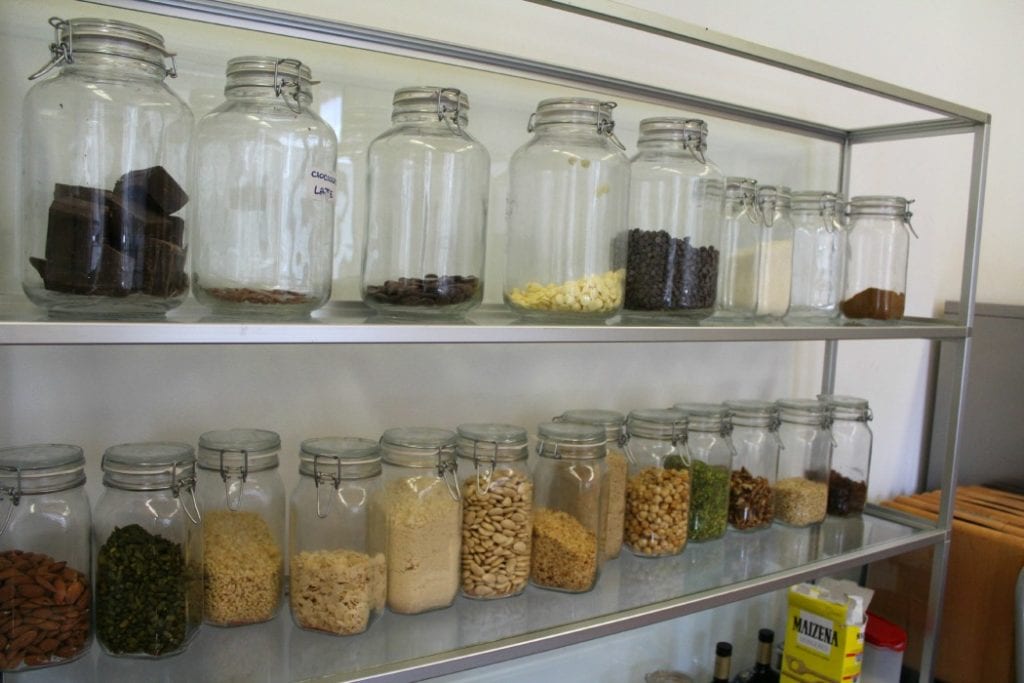 The pastry chef preparing a plum dessert for their September issue. 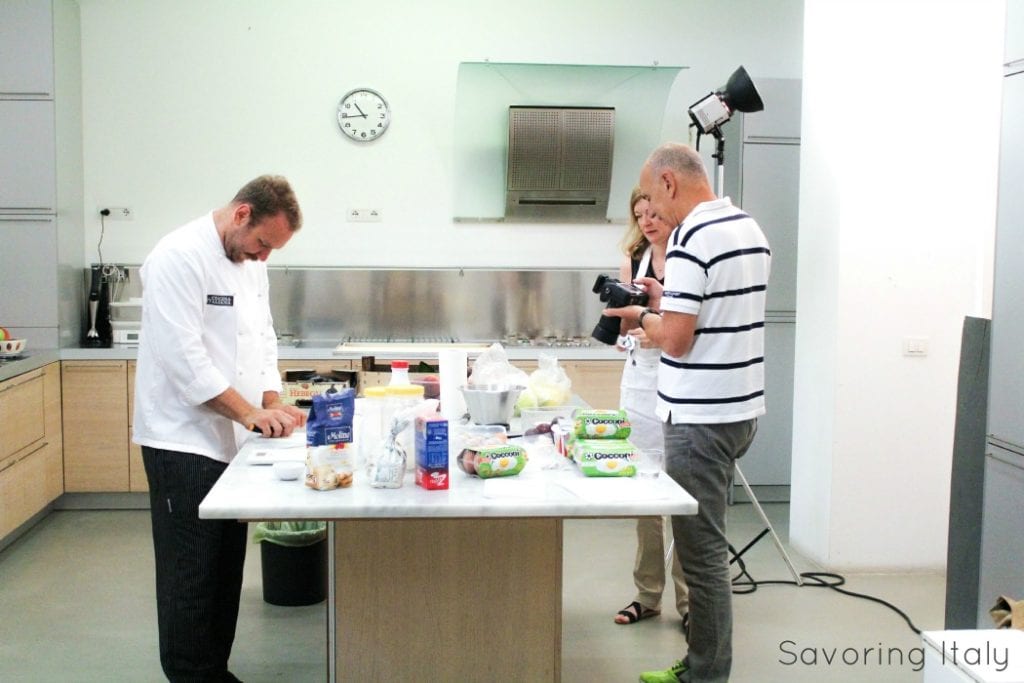 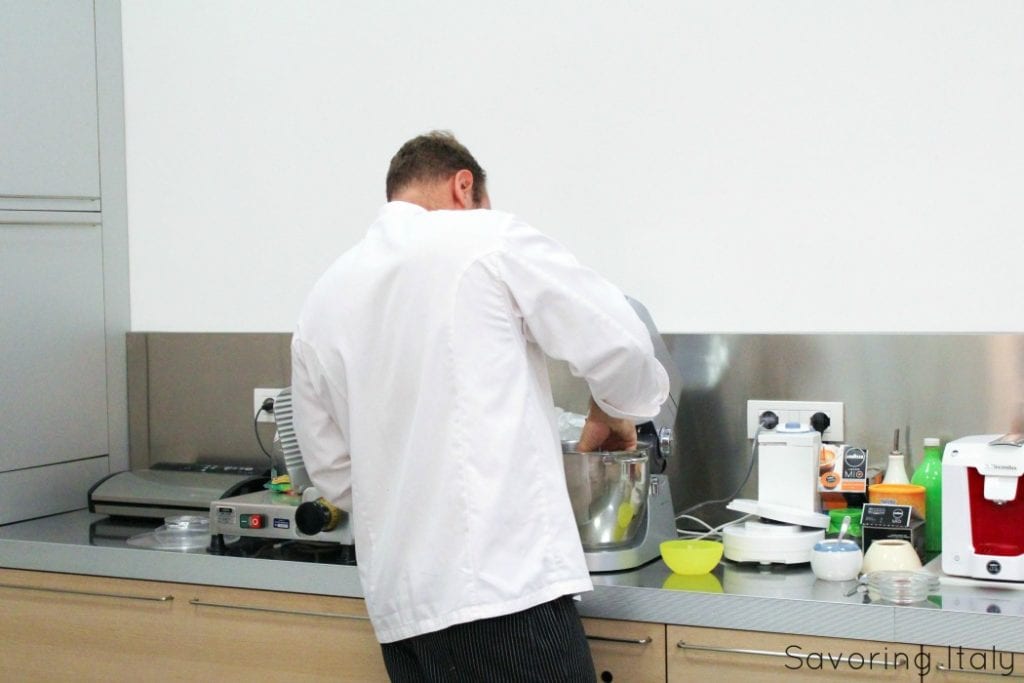 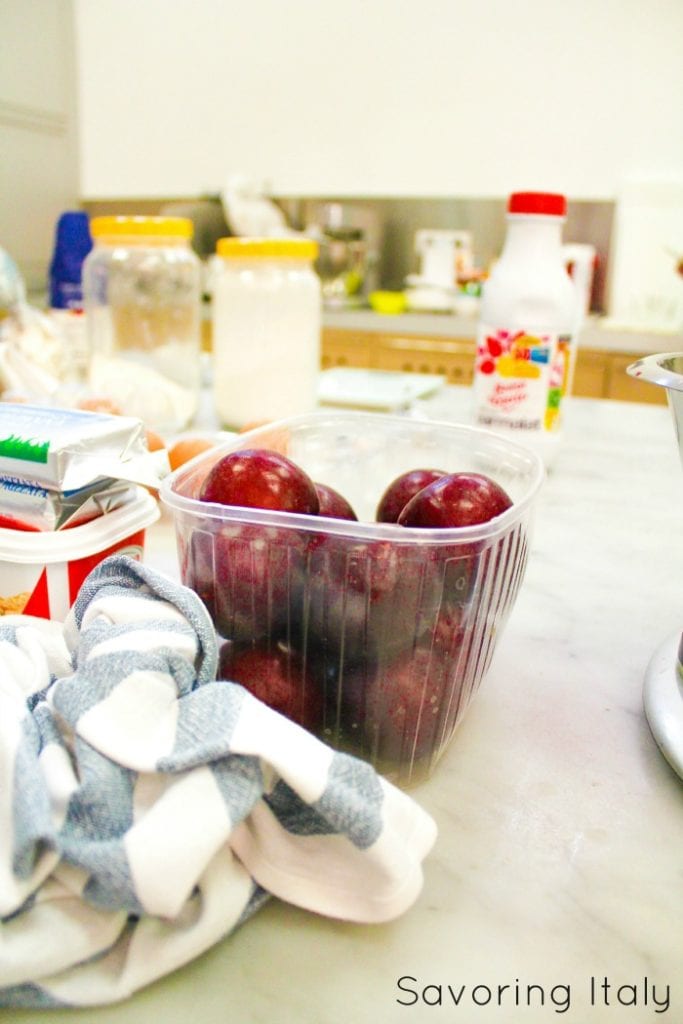 Behind the scenes was very exciting to see! 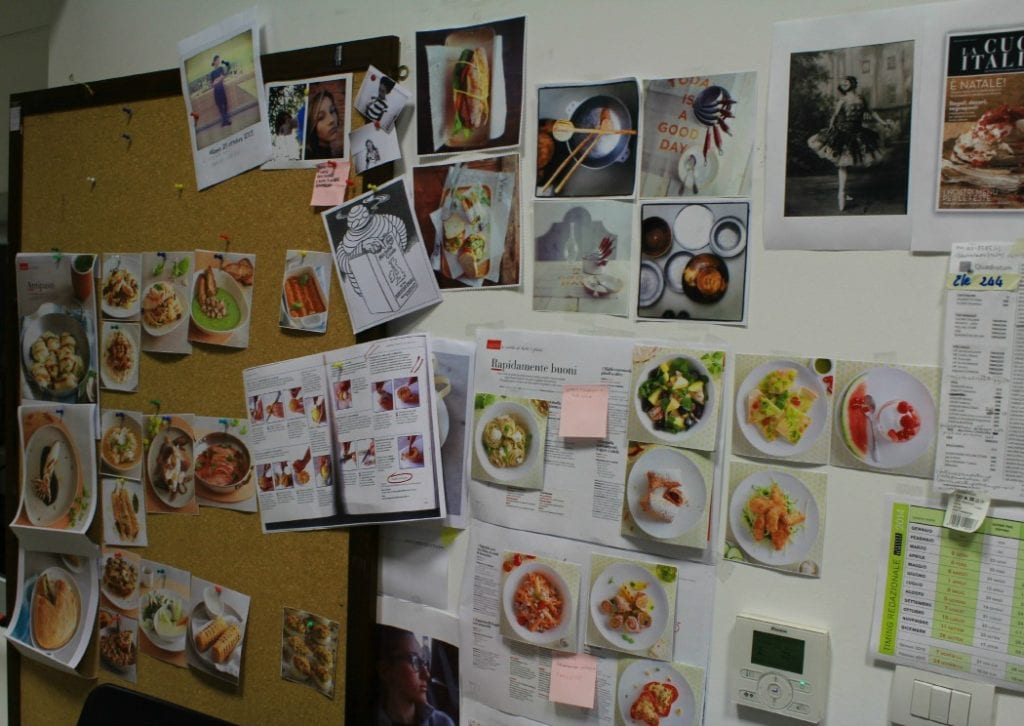 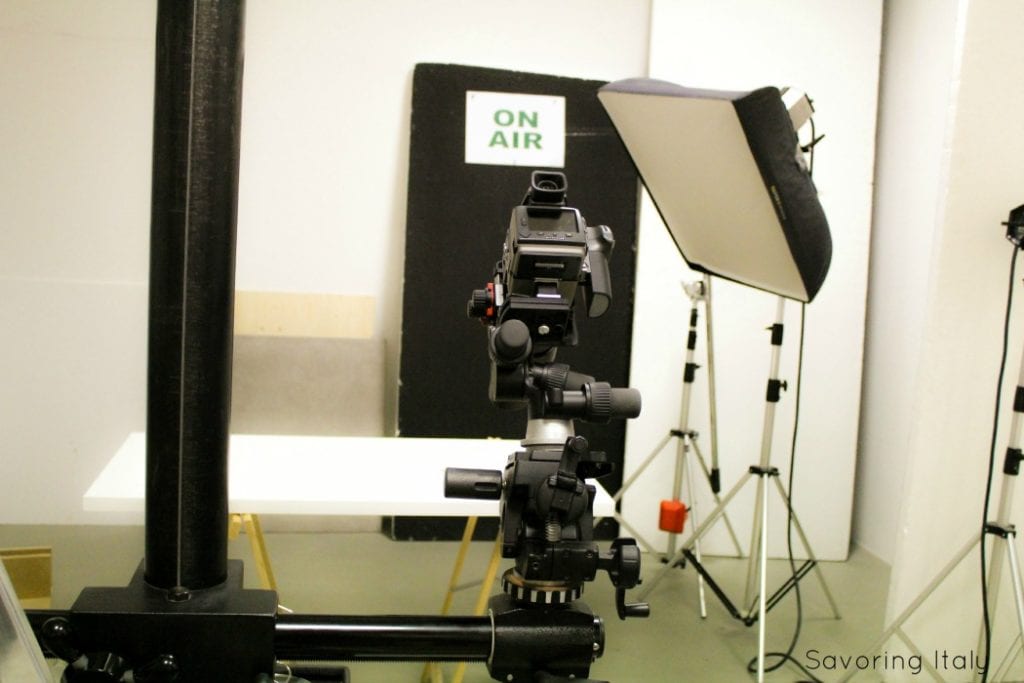 Where can you find Anna on her free time? Follow Anna on @milanosecrets. Anna and her friend Emanuela (Emanuela also works for La Cucina Italiana), share where you can find the can’t miss addresses of Milano!
A big thank you to Anna, Manu and all of the lovely staff that makes La Cucina Italiana magazine so beautiful. We enjoyed our day with you and can’t wait to return!
0shares 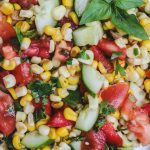